A Saturday in Woodinville

Brent and I (mostly I) had been talking about taking the drive up to Woodinville since moving to Seattle. I knew it was close, but I didn’t realize it was only a 25 minute drive. Woodinville is known as the home of several of Washington state’s wineries and you know I’m all about that. For my beer-drinking husband, it is also home of Red Hook. Patrick, Smitha, Brent and I decided to use Saturday, their last day here, as an opportunity to check it out. The weather was dreary anyway, so sticking around the city was that appealing.

The Red Hook Brewery offers tours on the weekends at 1pm, 3pm and 5pm, and they sell out quick. We arrived a bit before 1pm and were told the 1pm tour was sold out, so we grabbed tickets for the 3pm tour (only $1 each) and headed a block down the road to Chateau Ste. Michelle. 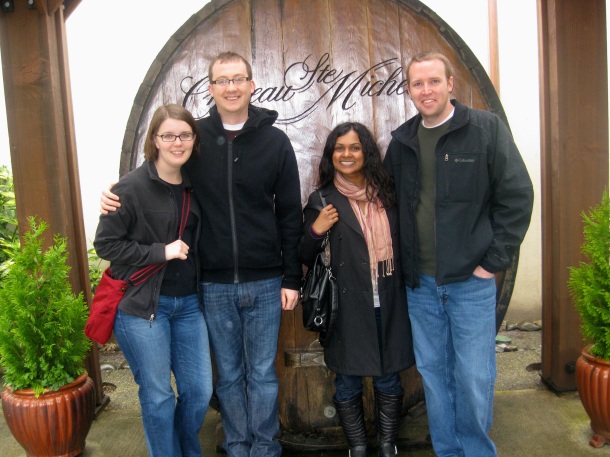 Chateau Ste. Michelle also offered a tour, pretty much every 30 minutes. The tour lasts about half an hour and details the wine-making process as well as the specific grape growing regions in Washington. The tour concludes with a tasting of three of their wines and a quick lesson on wine-tasting technique. The tour was absolutely free, but the winery did offer a tasting bar where were able to choose 4 of their wines to taste for $10. Overall I thought Chateau Ste. Michelle was a great choice for a visit if you’re in Woodinville. They have really great reislings, including a delicious, perfect-for-dessert, late harvest reisling. The tour/tasting is a bargain and I learned quite a bit about the region’s vineyards. The grounds are also totally gorgeous. I would have taken more photos, but it was raining. Obviously.

After splitting two tastings between the four of us (Brent barely partook – he was our driver) we headed to Red Hook for our tour. Umm… let’s get one thing straight. This is not a tour. They corralled us into a small room, gave us 3oz tastings of 5 different beers and shouted a bit about Red Hook’s history and hops. Clearly quite a deal for only $1, but don’t expect to see anything. Plus the beer is just ok. My favorite were probably the ESB and the spring seasonal nut brown ale. 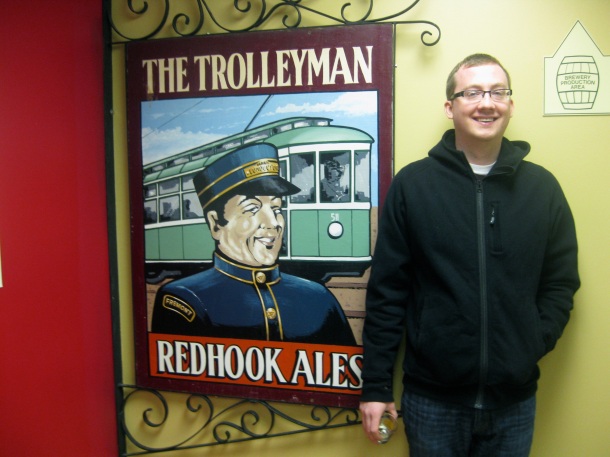 Pat defs took one for the team by finishing a few of my tastings, as well as some of Brent’s, and nearly all of Smitha’s.

After chowing down on some soft pretzels with beer cheese sauce at the pub (Amazing, by the way) we beat the clock and headed to JM Cellars, which was by far my favorite destination of the day.

The grounds are so beautiful and the wine was amazing! For $10 per tasting, we sampled 7 of their releases – 6 reds and 1 white. The Bramble Bump White blend was hands down my favorite of the afternoon. Again we split 2 tastings between the four of us before wandering the grounds taking pictures. 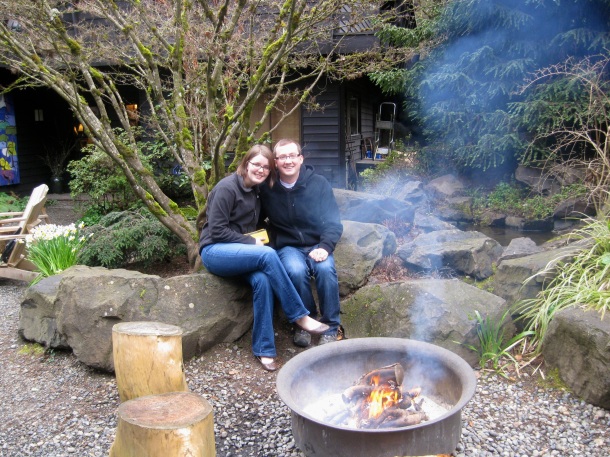 Our finally stop of the Woodinville wine tasting tour was Columbia Winery, because it was across the street and open late.

I didn’t love anything here, but it was a nice visit. The tasting room is very pretty and comfortable (love a fireplace!) and the tasting was $5 for 4 pours.

It’s so cool we have this mini wine country so close to us! I definitely plan on dragging Brent back in the summer when all the wineries have different events and concerts going on.